Monument “SORA-HE” (To the sky)

Designer: Fukuda Shigeo (He is the departed/Japanese Graphic Designer )

This monument stands towards the atomic-bombed area. It’s an expression of our heartfelt desire with the music sheet and the notation, sending out our songs hoping for peace. 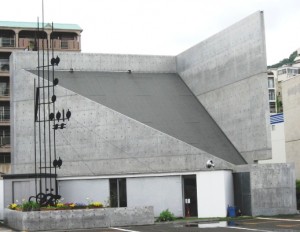 The intention of this design is to create a quiet and tranquil space where you can think about and appreciate the importance of peace. (here in Nagasaki, one of the atomic-bombed cities) 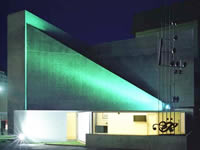 At night, the building is lit up with red and green lights.
The red lights represent the fervent desire of the “Gem Fire” Movement.
The green ones, a light of hope for peace. 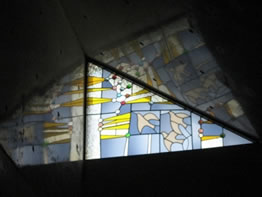 The image on the stained glass is of while doves. These white doves are a symbol of peace. They fly towards the peaceful star without a fight.

Path of the Peace “Heiwa-no Komichi” 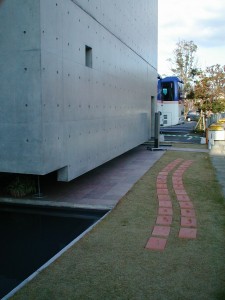